Over the coming months, I’ll be tracking my and my dad’s journey on the Indian Scout Bobber Sixty. Check Jacob Graye every Friday for a weekly dispatch.

Over the past seven days, I’ve clocked my first 200 miles on a motorcycle: the 2020 Indian Scout Bobber Sixty. I am exactly who this bike is aimed at: an eager, first-time rider.

But before I got in the stylishly stripped-dwon bike’s saddle, my father and I took the Motorcycle Safety Foundation’s Basic Rider Course (BRC) through A Brotherhood Aimed Towards Education (A.B.A.T.E.) of Iowa. I, with no experience, and he, who had last rode a bike many years ago as a 16 year old, took a preliminary e-course before attending an in-person class consisting primarily of practice on a provided motorcycle and light classroom instruction.

Without the BRC, neither of us would have been so immediately comfortable on the Indians. Though we tested (and passed!) on an adorable Suzuki TU250X with a paltry 16-horsepower 250cc, we felt confident in our fundamental abilities to swerve, corner, brake, all while exercising proper clutch control. That said, moving up to a bike with four-times the engine and power was intimidating.

But any fear I had about mounting the Scout Bobber Sixty evaporated immediately upon the engine’s first firing. Hearing and feeling the deep, low-revving bark of the engine while sitting in neutral reverberated in me like the first time I listened to opening of “Master of Puppets.” The satisfying “click” of pressing the gear lever into first extended the visceral experience further, as did the rumbling winding of the engine with my first twist of the throttle. After just a couple miles around the neighborhood, and I was already in love with this thing. 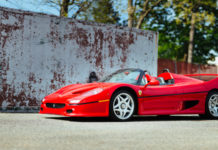 A-COLD-WALL* Teams Up With Dr. Martens to Completely Redesign the Iconic 1460 Boot